So what is the project all about? Well, it’s not about this website alone but about a book I am writing in 2017 called Refuge of The Roads. It’s part autobiographical and part reportage and its subject is motorsport , cars and the driving community itself , past, present and possibly even the future as well. During 2017 not only will I be writing the autobiographical stuff – which will go back to the late Sixties as I am well into old fart status – but I’ll be visiting lots of motor sport events, as I’ve done for many years. But this year I’m going to be talking to a lot more people , and you may even be one of them , who I meet trackside , in the paddock or in the circuit café because I want to write a profile of the motor sport scene in 2017 , its highlights and its low lights . I want to know what you enjoy, why you are at an event and what you think the future may hold for the sport. With Brexit on the horizon , widespread concern about climate change, a more litigious and risk averse society and the world becoming a more confusing and conflicted place , our favourite sport isn’t without some pretty scary challenges. And, unlike some, I don’t think the sport can just stick its corporate fingers in its ears and pretend nothing’s happening . So I am hoping that my book will have some thoughts on how the wider world might view us , and perhaps a few ideas on how the sport could better get its act together and adapt to the changing environment - in every sense . 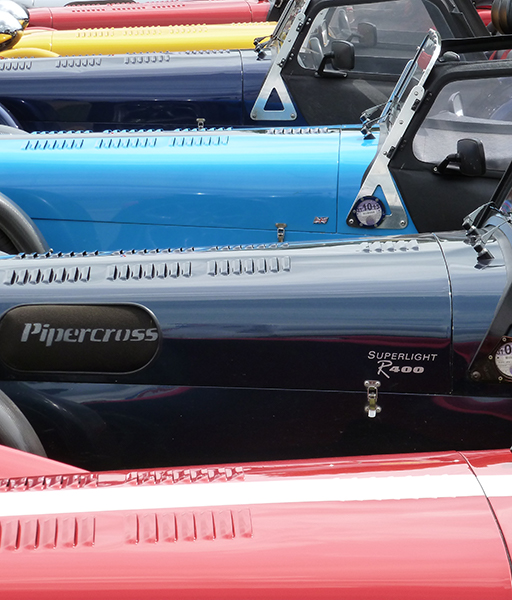 My cunning plan is to have no real plan at all so I will only be making appointments where I really have to, such as with the circuit commentator, the site manager or the race team boss , all of whose time is much more precious than mine . But as for the rest of you , I am taking a wholly random approach by just asking a driver, spectator or marshal if they have ten minutes to talk and then we will do just that. I will record our encounter and once I’ve transcribed and edited it , the results may well appear in the book.

I’ve loved cars and motorsport since I was a teenager and I have been involved in various capacities ever since . I’ve marshalled everything from club level rallycross and racing to Formula One , I’ve helped organise the odd event, I’ve written about and reported on events , I’ve driven enough on track to know that I shouldn’t think about giving up the day job and I’ve reviewed motoring and motor sport books and driver biographies. Most years I manage to attend twenty or thirty motor sport events either just to watch or sometimes to write about them too and whilst for many people , motor sport means only F1 and motoring journalism means only Jeremy Clarkson, things are very different in my world - and maybe they are in yours too ?

I’ve been to many Grands Prix in the UK , the odd European race too and I’ve been privileged to see drivers as diverse as Jackie Stewart and James Hunt , Ayrton Senna and Fernando Alonso from trackside , as well as witnessing legendary events such as Nigel’s Mansell’s mugging of Nelson Piquet’s Williams-Honda FW11B at Silverstone’s Stowe corner in 1987 . But I strongly believe that motor sport is a much, much broader church than just televised F1 . We have an amazing motor sport community in the UK , even though not enough of us seem able to drag ourselves from our big TVs to watch events live . I think some of us are missing out big time as the real thing is always better than the virtual .

During 2016 I watched rallying, rallycross, drag racing , sprints and speed hillclimbs , autograss , national and international racing at a dozen different venues from my local circuit at Croft in North Yorkshire to Silverstone and Santa Pod. I stood in sun , gales , rain and hail and I loved every minute ; I saw some wonderful machines and I met some great people. And it’s that experience , with your help , that I want to convey.

So that’s racing and competitive stuff – what else do I want the book to cover ? To be honest , half the problem is deciding what to leave out as I’ve probably read well over five thousand car magazines – from 60s Car and Drivers (then the best US magazine by far) to Car and Autocar from the 60s to now . Motor Sport? But of course . Autosport, Performance Car , Evo and Motor ? Guilty as charged .So I might have a lot to say , not only about the cars I have enjoyed driving (and those I’ve hated too), but about the people who wrote about them for a living. Legendary writers like Denis Jenkinson , Pete Lyons , David E Davis , LJK Setright and Russell Bulgin - the latter being the best of them all in my view. And some not so legendary writers at all, some rank bloody amateurs in fact . And maybe I’ll even talk about that Clarkson bloke too – let’s see .....

Just like you , I’m one of those people who knows exactly what my dream garage would contain but sadly I’ve only owned four Ferraris- a 250GTO, a 288GTO , a ’57 Testa Rossa and an F40 – and if that isn’t a bad collection I maybe should point out they’re all Tipo Burago , and therefore in 1/12th scale .So I’m not rich , but I have been able to scratch one automotive itch for twenty odd years by owning a couple of Caterham Sevens . My current one has 225bhp and is a lot faster than its driver but we’ve had a lot of adventures together – from blatting around Cadwell Park to 500 hundred mile solo drives to the North West Highlands. Few things feel better than driving my Seven on a perfect spring morning across the legendary Pass of The Cattle - or Bealach Na Ba if your Gaelic is up to speed. Anyway ...I’ll be writing about Sevens and the Seven community , many of whom have become good friends over the years. But not just them , the virtual community as well , from the insightful academics who populate Autosport’s Nostalgia Forum to some of the more excitable ranters , ravers and conspiracy theorists who skulk around some other websites , ready to pounce on some innocent punter with their trademark righteous outrage. 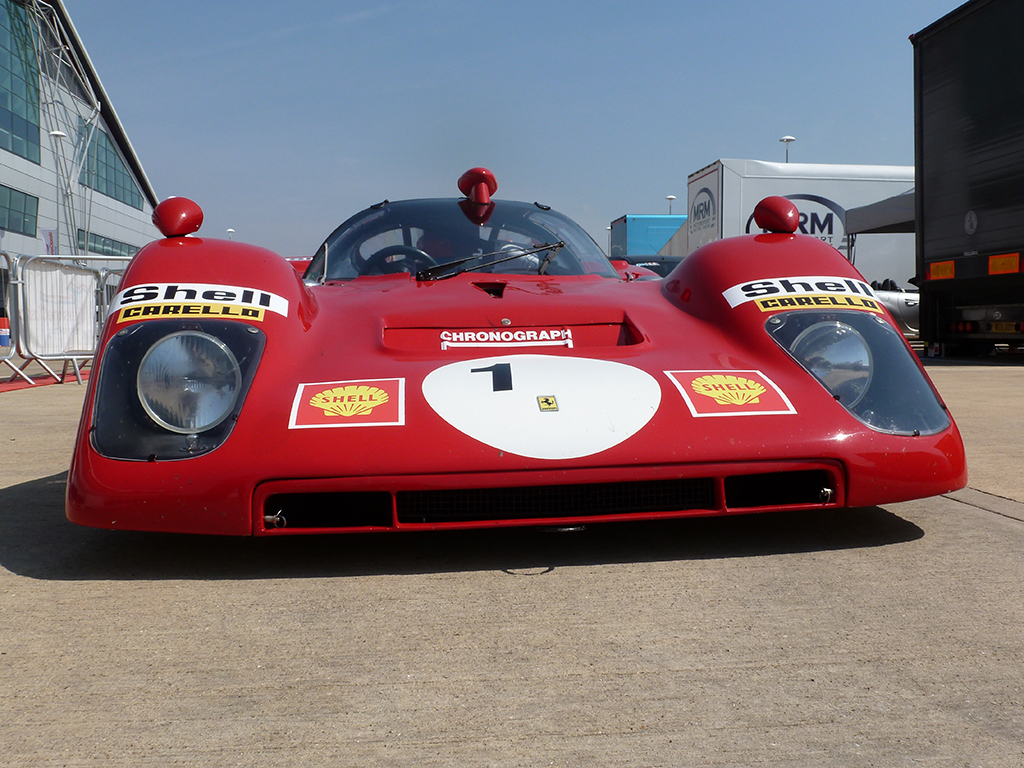 Things have changed a bit since the only time you met other enthusiasts was at your motor club’s.....ahem..... ‘noggin and natter ‘ sessions . God above , and they really were called that too...

So what about me , who the hell do I think I am telling the word I’m writing a bloody book ? After all everybody claims they’ve got a book in them but few people actually get round to writing one . Well...I’ve always loved words and reading , and that fascination was the main reason I became a lawyer. That , and the fact I was crap at science and anything remotely practical and all I wanted was a job to pay for my lifestyle – it certainly wasn’t a vocation. I started writing articles for magazines in the early 80s and I have had my work published in a number of UK titles , and also in publications in Australia, New Zealand and the USA . I wrote my first book, A Dream of Jewelled Fishes in 2007 and my second ,The Glorious Uncertainty , in 2012 . Both were published by independent publishing houses and both sold pretty well and even got some decent reviews . They are about my other obsession , angling, and they combined autobiography with opinion , as well as a bit of ranting and even (a first for a fishing book )a reflection on NASCAR drivers’ names. The plan for Refuge of The Roads is similar- reportage , opinion , reflection and almost certainly the reason why I think stock car driver Dick Trickle had the best ever name in motor sport . Or just about any other sport, now I come to think about it.

Thanks for visiting ; I will update the site from time to time to tell you what I’ve been up to, where I’ve been and who I’ve talked to and just remember, it could be you. I am not making any promises about when the book will be published ; all I’ll say is that it’ll be published when it’s ready and if that isn’t at some time in 2018 I am falling down on the job . I’ve no idea who my publisher will be and I will start worrying about that once I ‘ve done the difficult bit first by writing it.

A final word about the title; I didn’t come up with it even though , as lawyers say , the words are fit for purpose . They are the title of a song written by Joni Mitchell and the song appears on her 1976 album , the masterpiece simply called Hejira . I’m hoping Joni doesn’t mind my borrowing her words but if you happen to be her Los Angeles lawyer and you’re reading this and you’re thinking ‘copyright infringement , multi million dollar lawsuit , punitive damages, big fees ‘ and rubbing your hands, just let me plead in mitigation that I am Joni’s biggest fan .